Actor, Writer
Daniel has been honored with over 30 top Critics' Choice Awards
Daniel Felix de Weldon is an actor and a native of Washington, D.C. and Newport, Rhode Island.
Daniel is the son of sculptor Felix W. de Weldon.
After completing a six-year masters program in Theatrical Arts under Uta Hagen and Howard Fine, de Weldon presented himself to the Actors Studio and garnered the title of Lifetime Member under Al Pacino, Lou Antonio, Barbara Bain, Martin Landau, Mark Rydell, Ellen Burstyn, and Harvey Keitel.

Daniel has been honored with over 30 top Critics' Choice and featured on NPR for outstanding acting performance.

WEEKEND WARRIORS
Daniel de Weldon as Wesley
​"A fun-filled camping trip turns into a desperate fight for survival after two kids witness a horrific murder in the wild. Not only do they have to endure the harsh elements and ferocious wildlife but they must also find a way to reach civilization before the killers find them."
CHASER
Daniel de Weldon as Gar Madden
​Director: Daniel Roemer
"EDDI SEBASTIAN is a loser with a dream. But as a second-rate film editor, he's got no money, no girl, and no acclaim."
BADLAND WIVES
Daniel de Weldon as Doc Holliday
​Director: Stephen S. Campanelli

UNDERDOG
Daniel de Weldon as DJ
Director: Ritchie Greer
"A young girl with a troubled past finds herself with the help of the most unlikely mentor and MMA."

ONE MUST FALL
​
Daniel de Weldon as Daniel
Director: Antonio Pantoja
"A horror-comedy slasher set in the 80's about a woman wrongfully fired
from her office job and forced to take on a temporary job on a crime scene cleanup crew."

"A reunion between two couples becomes a massacre when one of the guests meets an anonymous person online and willingly becomes a participant on a bloody path to becoming God-like."

REVIEWS
"Daniel De Weldon is brilliant as the complacent turned ruthless Jason who refuses to deny this alter-ego taking over his psyche" - Meredith Brown, Horrorpedia

'In a world devastated by nuclear war, a father and daughter must evade roving cannibal tribes in search of a safe place to live. Though his plan is risky, he is convinced it is the only thing that will save her." 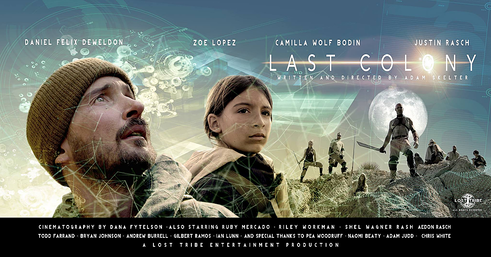 FORTUNE'S 500
"Fortune's 500 is the story of Lenny, an obsessive-compulsive psych major, who meets a beautiful, but emotionally unstable girl named Jane, who has plans to enter into a troubling venture." 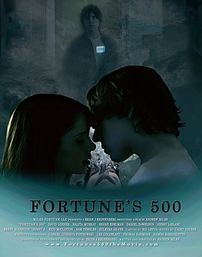