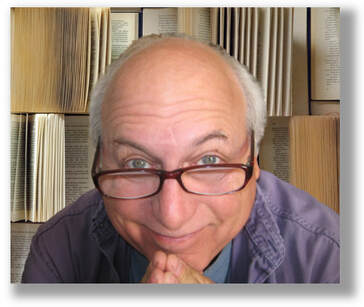 Nat Segaloff is a writer, broadcaster, teacher, film historian, and raconteur with a varied background in motion picture publicity, journalism, producing, and covering up other people's mistakes. Having begun his career during the exciting transition between the old studios and the film generation of the New Hollywood, he provides both perspective and commentary on a wide range of subjects, many of them having to do with movies. He also tries to return phone calls.
Just released! 2019
Nominations
​
A LIT FUSE: THE PROVOCATIVE LIFE OF HARLAN ELLISON
by
Nat Segaloff

"Touching, honest and authentic...there will certainly never be another such groundbreaking and generously all-encompassing effort as the one that Segaloff has heartily assembled." - Paul Di Filippo - Locus Magazine

Nat Segaloff has known Harlan Ellison for 20 years and, for decades before meeting him, enjoyed reading his work. Their first close encounter was when he interviewed Ellison for his A&E Biography on Stan Lee. After that, Ellison appeared as an actor in The Waldorf Conference, a play Segaloff co-wrote about the origins of the Hollywood Blacklist.

Segaloff conducted exhaustive interviews with Ellison over the course of five years and also spoke with many of his friends and enemies in an effort to get inside the man and pin down the best-known “Harlan stories.” Their wide-ranging discussions cover his bullied boyhood, his storied marriages, his fabled lawsuits, and his compulsive writing process with more depth and detail than has ever before appeared in print. But it also delves deeply into the man’s deeply held principles, his fears, and the demons that have driven him all of his 82 (so far) years. Friends, colleagues, and admirers such as Neil Gaiman, Patton Oswalt, Peter David, Robert Sawyer, Michael Scott, Edward Asner, Leonard Nimoy, Ed Bryant, Alan Brennert, Robert Silverberg, and many other notables add their voices.
To find out more about Nat Segaloff please visit: www.natsegaloff.com/
Hot off the Press
Screen Saver Too by Nat Segaloff
Segaloff's other books include biographies of directors Arthur Penn and William Friedkin, screenwriter Stirling Silliphant, and Final Cuts: The Last Films of 50 Great Directors. He was also a founding partner, with John de Lancie and Leonard Nimoy, of the science fiction production company Alien Voices. He lives in Los Angeles ducking phone calls.

The Everything Series
Over 4 million copies sold

To find out more about Nat Segaloff please visit: www.natsegaloff.com/